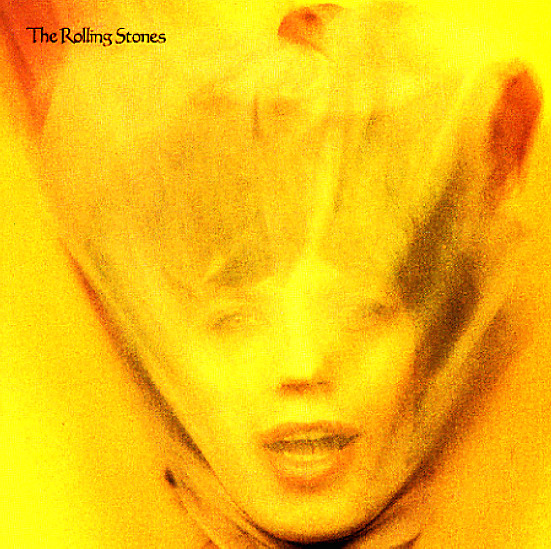 Also available
Rolling Stones — Goats Head Soup ... LP 19.99
A sometimes-overlooked classic from the Rolling Stones – but that's maybe just because it's sometimes obscured in the shadow of Exile On Main Street, the record that immediately preceded it! And while it might be a stretch to some, we like to think of Goat's head as kind of a capper to that double-length set – as the Stones are still working out a fair bit of similar ideas, with an opening ear to some global currents, and with great help from some of their key collaborators too. The set's worth it alone for the classic gut-wrencher "Angie" – and other tracks include "Star Star", "Hide Your Love", "Winter", "Can You Hear The Music", "100 Years Ago", and "Doo Doo Doo Doo Doo (Heartbreaker)".  © 1996-2023, Dusty Groove, Inc.
(Booklet and tray card have name and notes in pen.)

Let It Bleed (gold SACD pressing)
Abkco, 1969. Used
CD...$24.99 (CD...$2.99)
Hard to go wrong with a Stones classic like this one – a record that really has the group hitting their late 60s stride, and coming across with a depth and power that really goes beyond their earlier releases! There's a sinister quality to the record right from the start – thanks to ... CD

Let It Bleed
Abkco, 1969. Used
CD...$2.99 (CD...$24.99)
Hard to go wrong with a Stones classic like this one – a record that really has the group hitting their late 60s stride, and coming across with a depth and power that really goes beyond their earlier releases! There's a sinister quality to the record right from the start – thanks to ... CD

Lust For Life
Virgin, 1977. Used
CD...$2.99
Iggy Pop may have left The Stooges behind, but he's lost none of his edge – and really finds a new level of solo greatness on this sublime classic from the 70s! The set was produced by David Bowie, who also plays piano on the set – and has Carlos Alamar adding in some guitar – ... CD