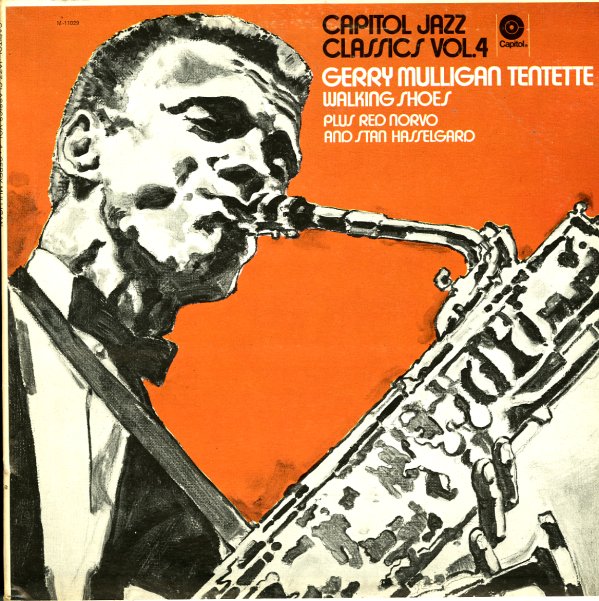 Early 70s Capitol collection – includes a 50s cooker from Gerry Mulligan – working here with a real birth of the cool-styled group that includes Chet Baker and Pete Candoli on trumpets, Bud Shank on alto, John Graas on French horn, Bob Enevoldsen on trombone, and Chico Hamilton on drums – a really wonderful group that has a swing that's might lighter than you might guess from its size! The set is nicely arranged throughout – an early example of Gerry's powers in this respect – with plenty of thought in each tune, yet never so much so that the proceedings get too academic. Titles include "Rocker", "Walking Shoes", "Simbah", "Ontet", "Westwood Walk", "A Ballad", "Taking A Chance On Love", and "Flash". Also includes late 40s EPs by Stan Hasselgard & His All Star Six, and the Red Norvo Septet!  © 1996-2022, Dusty Groove, Inc.
(Cover has a cutout hole, light wear, and aging.)