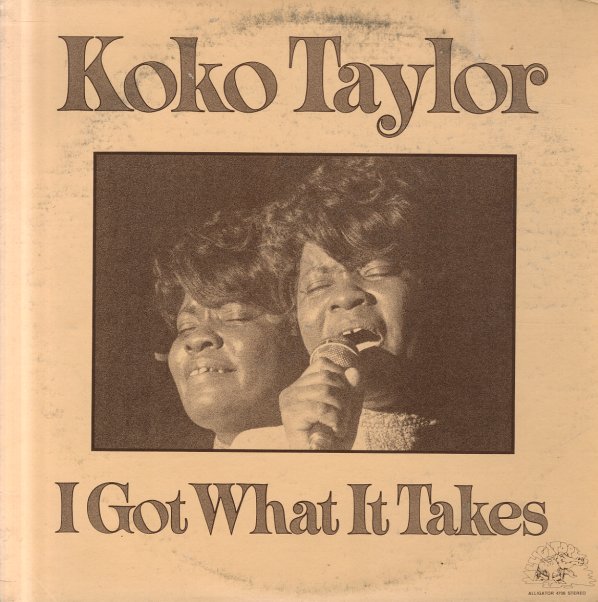 I Got What It Takes

An indie classic from Koko Taylor – a set that features the legendary Chicago blues singer working with Mighty Joe Young on guitar! Titles include "Big Boss Man", "Be What You Want To Be", "Trying To Make A Living", "Mama He Treats Your Daughter Mean", "I Got What It Takes", and "Happy Home".  © 1996-2022, Dusty Groove, Inc.
(White label pressing with green text. Cover appears to have been inscribed by the artist.)

Wrapped In My Baby – Chicago Blues
Pearl, Mid 50s. Near Mint-
LP...$16.99
Rare Chicago material, issued here on this small Delmark label imprint– one side with Morris Pejoe on vocals and guitar in a small combo with tenor and alto – the second with both Arthur Big Boy Spires and Willie Big Eyes Smith on vocals – in a combo with Edward El on guitar and ... LP, Vinyl record album