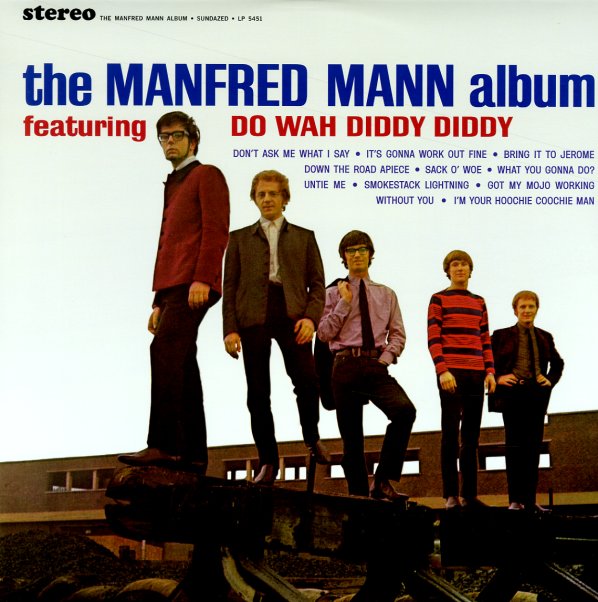 The US debut of Manfred Mann – and a heck of a record to introduce the group to the American market! These guys have a mod cooking style right from the start – still with a bit of Brit Invasion jangle in the guitar at points, but much more pointed towards the bluesy currents of the London scene that was really coming into play. Instrumentation includes harmonica from Paul Jones, Hammond from Manfred Mann, and guitar, alto, and flute from the legendary Mike Vickers – on tunes that include "Untie Me", "Without You", "Bring It To Jerome", "Sack O Woe", and the classic "Do Wah Diddy Diddy".  © 1996-2021, Dusty Groove, Inc.
(Mono black label pressing. Cover has some staple holes and a very light stain at the top left corner,)

Live Peace In Toronto
Apple, 1969. Near Mint-
LP...$19.99
The earliest incarnation of the Plastic Ono band, and more or less a one off, with an all-star line up that included Eric Clapton and Klaus Voorman alongside Lennon and Ono. One side of the rootsy rock that was the old school Beatles stock in trade, and one side of Yoko Ono doing her thing on the ... LP, Vinyl record album