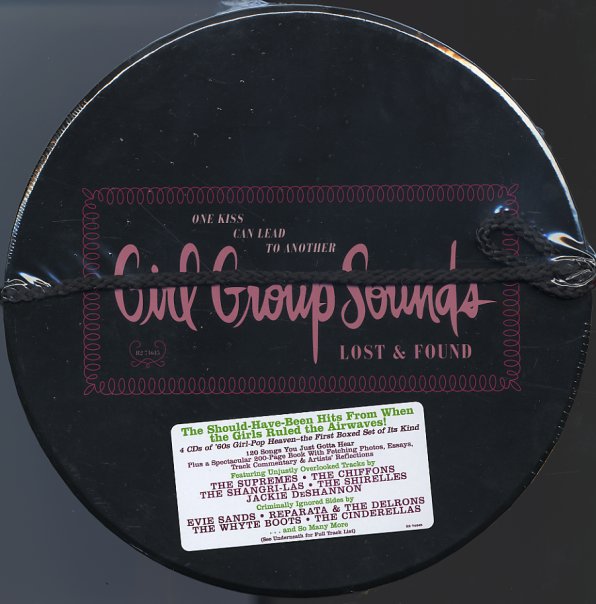 An amazing little box set – not just for the music, but also for the incredible package and 200 page book that's inside! The set's got a look that might not make you put this one center stage in your record collection – but as far as compilations go, it's a heck of a great one – and serves up 120 tunes that not only hit all the bases of girl group material in the 60s, but also go way way deeper, and offer some incredible bits that we'd never heard before! The whole thing comes in a "hat box" styled package – and features 4 CDs of music, plus a wonderful 200 page book filled with photos, images, essays, artists' reflections, and even track-by-track commentary on the tunes! A pretty great deal at this price!  © 1996-2020, Dusty Groove, Inc.
(Out of print, in original box.)