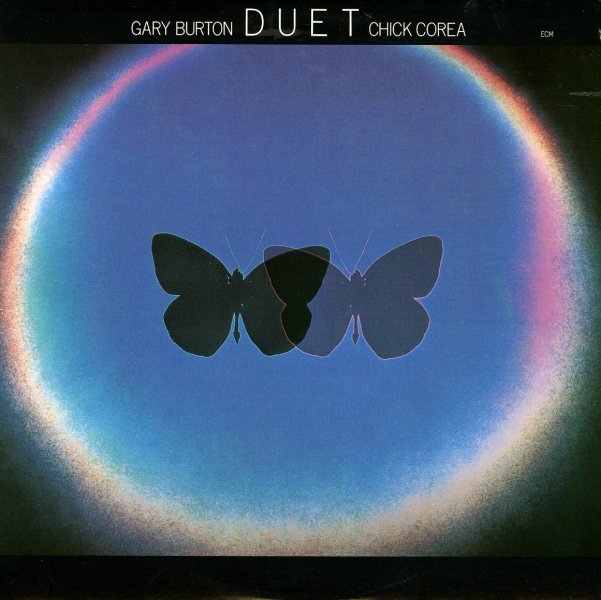 Genius work from the team of Chick Corea on piano and Gary Burton on vibes – both players who were already making a lot of magic in the 70s, but who really seem to explode in the company of each other! Burton's tones are wonderfully bold and firm – these cascading colors that merge perfectly with Corea's piano lines – which themselves have a beautifully understated feel that's quite different than his fusion material – but which seems to pack an even more powerful punch! The album features no other instrumentation at all – yet the range of feeling and expression is much more powerful than most full group performances – on a sublime set of tracks that include "Duet Suite", "Never", "La Fiesta", "Radio", "Song To Gayle", and selections from Corea's "Children's Songs".  © 1996-2021, Dusty Groove, Inc.

Pat Metheny Group
ECM, 1978. Near Mint-
LP...$8.99
A near-legendary album from Pat Metheny – the real birth of the "Metheny sound" on record, and a perfect example of the magically fluid groove that he crafted with keyboardist Lyle Mays! The sound here is hard to describe – and even harder when you try to pick out the ... LP, Vinyl record album

Codona 2
ECM, 1980. Near Mint-
LP...$24.99
The second album by this wonderful world jazz ensemble – a trio featuring sitar, tabla, and vocals by Colin Wolcott; trumpet, melodica, and percussion by Cherry; and assorted percussion and voice from Nana Vasconcelos. The tracks are mostly atmospheric and exploratory, but work in a style ... LP, Vinyl record album