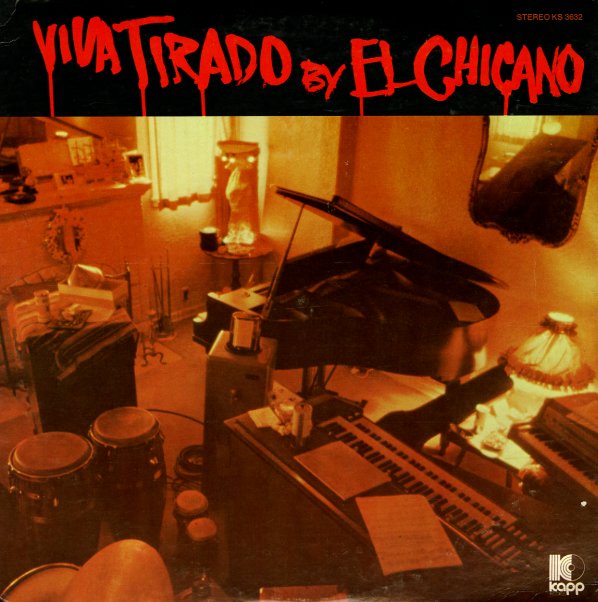 Amazing stuff – and the beginning of a strong tradition of west coast funky Latin groups! El Chicano were one of a number of groups to emerge from LA of the 60s – rising forth on a wave of Mexican American pride to come up with a west coast version of the Latin Soul sound that had been emanating from Spanish Harlem a few years earlier. The group had an organ-heavy sound that first scored big on their rendition of Gerald Wilson's "Viva Tirado" – done as a single by the group with a stepping jazz beat that was missing from the earlier version, which worked great with their bubbly organ sound. The album was recorded to follow up the hit – done as a live set after hours at the Kabuki Sukiyaki Restaurant in south LA, and filled with tight jazzy covers 60s groovers like "Cantaloupe Island", "Eleanor Rigby", "Hurt So Bad", and "Coming Home Baby". The record's also got an amazing version of "Quiet Village" – and while it may not be as Latin as some of the group's later work, it's the beginning of a great tradition, and has a sound that was copied endlessly – but rarely matched!  © 1996-2021, Dusty Groove, Inc.
(Cover has a small cut corner.)

Cinco
MCA, 1974. Near Mint-
LP...$16.99
The group's fifth album – in case you couldn't guess by the title – and a still-strong batch of west coast Latin grooves! By this point, the group's become much more proficient vocally – and more of the songs are soul oriented than some of their earlier work, which tended to lean ... LP, Vinyl record album