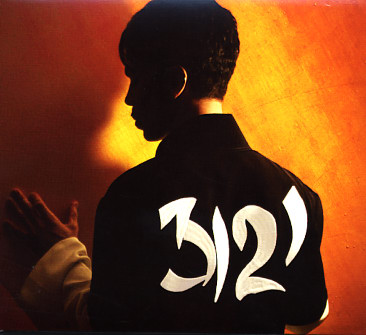 A strong effort from the mid 00s revitalized Prince – one that doesn't approach the greatness of the best material, but a graceful and consistent gem nonetheless! As it was done on his big ol' comeback album, Musicology, Prince takes strides to revisit his classic styles on the different tunes, but it doesn't come off as a simple rehash. Each song pretty much finds Prince in a different mode that can be found on a previous LP, but it works because it's so engaged and warm. Latter day Prince really only turns us off when he strains too hard to do something new, and succeeds in our eyes when he simply makes with his trademark pop funk signature sounds we know and love. Notice that no one really succeeds at ripping Prince off? It's because it can't be done. Tracks include "3121", "Lolita", "Te Amo Corazon", "Black Sweat", "Incense And Candles", "Satisfied", "Fury", "The Word", "Beautiful, Loved And Blessed", "The Dance" and "Get On The Boat".  © 1996-2021, Dusty Groove, Inc.
(2006 pressing. Cover has light wear.)

Hotter Than July
Motown/Universal, 1980. Used
CD...$4.99 (LP...$33.99, CD...$5.99)
A bit smoother than early days, but still very nice and soulful – and did we expect any less from Stevie? The record's got a nicely flanged-out soul groove – with a style that kind of expands on the vocal and keyboard production of the early 70s, taking the groove towards a sound that ... CD