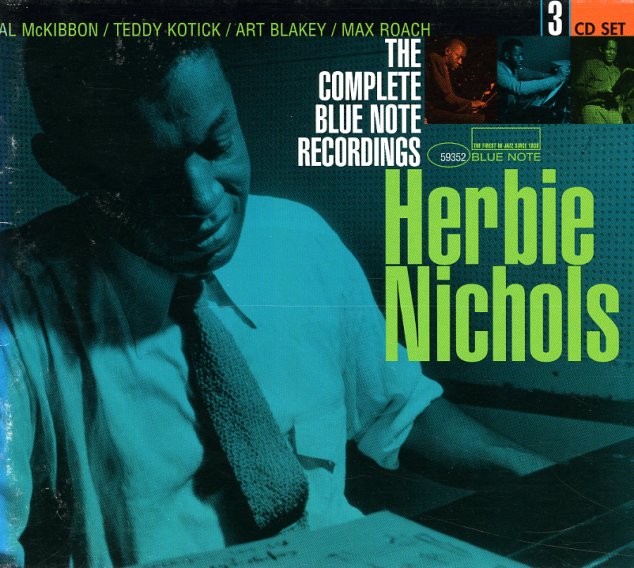 Killer piano jazz, and some of the greatest modernist work ever recorded by Blue Note! Herbie Nichols deserves every bit of the rare fame he ever got – and it's only the paucity of his recordings that has kept him from achieving the status of Monk or Cecil Taylor as an avant garde forefather. This killer box set features all of Nichols' recordings for Blue Note – including loads of unissued and alternate tracks, packaged with a discographical booklet with writings and photos. Tracks include "Third World", "Step Tempest", "Dance Line", "Shuffle Montgomery", "The Spinning Song", "Riff Primitif", "Query", "Chit Chatting", "Hangover Triangle", "2300 Skidoo", and "Blue Chopsticks".  © 1996-2022, Dusty Groove, Inc.
(Out of print.)

Art Of Herbie Nichols
Blue Note, 1955/1956. Used
CD...$6.99
Great material from his classic trio sides for Blue Note – with either Al McKibbon or Teddy Kotick on bass, and Art Blakey or Max Roach on drums! CD