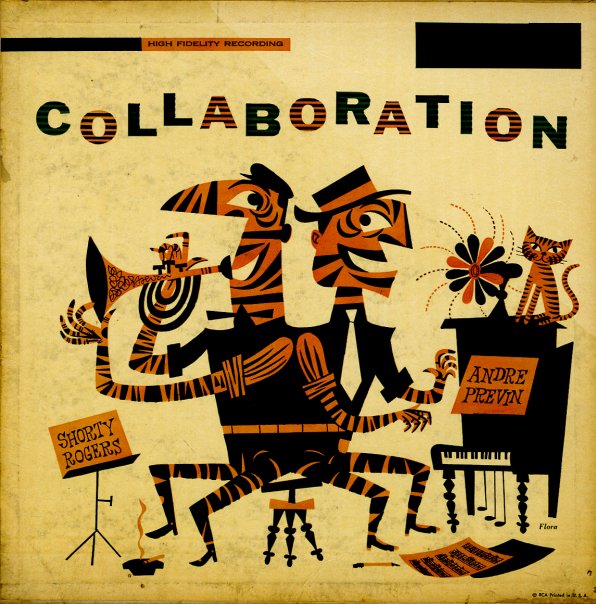 A rare mid 50s collaboration between pianist Andre Previn and trumpeter Shorty Rogers – an instrumental collaboration between the pair – one that's mostly set up in the mode of Rogers style of the time with his Giants group – but which also really sparkles tremendously with the addition of Previn's brightly-colored piano lines! We'd honestly never thought that highly of Andre's work until hearing this set – and his presence here really adds a new dimension to the Shorty Rogers groove of the 50s – a set of tones that spring out wonderfully, and really illuminate the set! Other players include Bud Shank, Milt Bernhart, Jimmy Giuffre, and Bob Cooper – on 13 titles that include "It's Delovely", "Heat Wave", "40 Below", "Claudia", "General Cluster", "Everything I've Got", "Call For Cole", and "Lullaby Of Birdland".  © 1996-2021, Dusty Groove, Inc.
(Mono pressing with deep groove.)