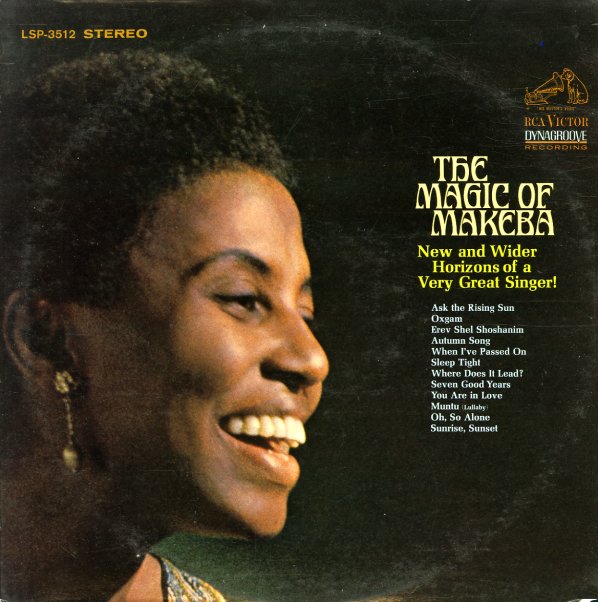 A bit of a mainstream effort from Makeba, as this set features more of an emphasis on pop material and standards than on some of her other records. Sid Bass conducted and arranged the orchestral backing on the folk and sixties pop classics, which doesn't leave as much room for her vocal stylings as we'd hope for, but there's a few bright moments shining through here and there, and numbers include "When I've Passed On", "Autumn Song", "Seven Good Years", "Sleep Tight", "Where Does It Lead", "Muntu", and "Oh, So Alone".  © 1996-2021, Dusty Groove, Inc.
(Black label stereo Dynagroove pressing with deep groove. Includes the RCA inner sleeve. Cover has a small center split in the top seam, in great shape otherwise.)

Many Voices Of Miriam Makeba
Kapp, Mid 60s. Very Good
LP...$4.99
A great album – even if Miriam's not in as many voices as promised by the title! (Who do they think she is – Rich Little?) The recording quality appears to be live – as the tracks have an open jamming style, with Miriam singing in that rich, folksy style of her early years, ... LP, Vinyl record album