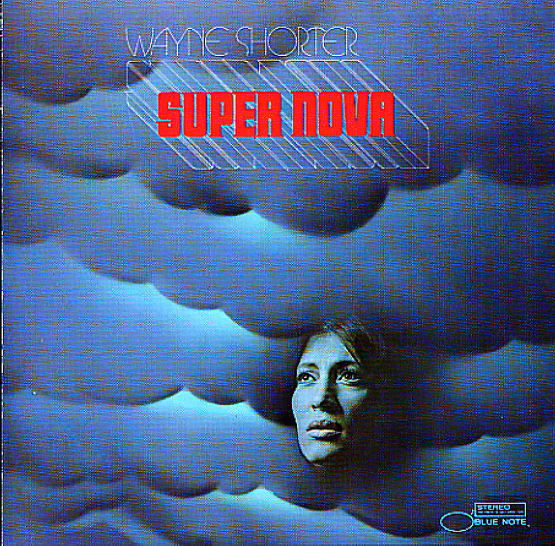 A bit of a hint of the 70's work by Shorter – as he plays here with a slightly larger group, and a bit of an electric sound. Sonny Sharrock and John McLaughlin play guitar, Airto plays percussion, and Maria Booker sings vocals on a rendition of "Dindi" – and this complicted larger group gives Shorter a quite different sound than some of his earlier Blue Note quartet and quintet sides. The session's got a great spiritual soul jazz undercurrent – pointing the way towards aspects of jazz in the 70s – and titles include "Super Nova", "Swee Pea", "Water Babies", and "Capricorn".  © 1996-2022, Dusty Groove, Inc.
(Out of print.)