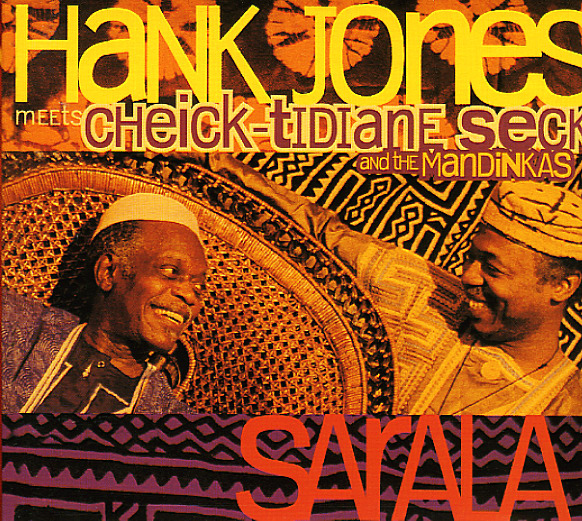 One of the hippest albums Hank Jones ever recorded – a very unique mixture of jazz and African elements, put together with organist Cheick Tidiane Seck! Jones plays his usual piano, but the strongest elements on the set come from Seck's Hammond work, and instrumentation from other members of The Mandikas – including Aly Wague on flute, Djely Moussa Conde on kora, and Lansine Koyate on balafon. There's a bit of vocals on the record, but most of the tunes have a strongly instrumental focus – wrapped up in complicated rhythms that dance along with a really beautiful, soulful feel. Titles include "Fantague", "Komidiara", "Maningafoly", "Tounia Kanibala", "Sarala", "Moriba Ka Foly", "Hank Miri", and "Walidi Ya".  © 1996-2022, Dusty Groove, Inc.
(Out of print. Barcode has a cutout hole. Cover has a promo stamp.)

20th Century Piano Genius
Verve, Early 50s. Used 2 CDs
CD...$4.99
A tremendous collection of work by Art Tatum – maybe even THE collection of work by Art Tatum – as the 2CD set brings together all the material that appeared on the legendary 20th Century Fox albums by Art – recorded in a private home in Hollywood late in his career, but at a time ... CD

Jazz In 3/4 Time
EmArcy/Verve, 1956. Used
CD...$11.99 (CD...$13.99)
A great little album from Max Roach – one that has him finding a whole new voice in jazz! The set was recorded on the heels of Max's time with Clifford Brown – and it's a great little album that has him bouncing back nicely from the loss by moving into a new realm that shows off his ... CD