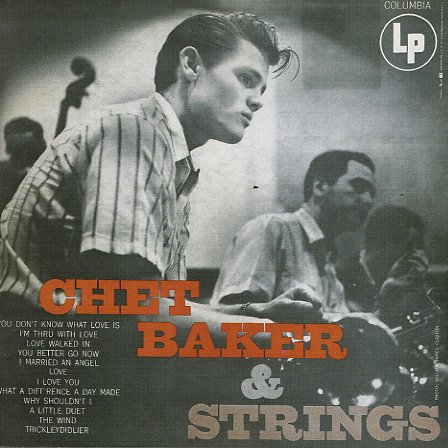 Chet's only session for Columbia, arranged in conjunction with the Pacific Jazz label – which seems strange for some reason, because Baker hardly needed to move to a big label, given his success on the LA indie scene. Still, Richard Bock and the Pacific Jazz crew are firmly in place here – and despite the presence of added strings, players like Zoot Sims, Russ Freeman, and Bud Shank keep a nice west coast groove that fits well with Baker's breathy trumpet. Titles include "Love", "The Wind", "A Little Duet", and "Trickleydidlier".  © 1996-2023, Dusty Groove, Inc.
(Remastered edition with 3 bonus tracks.)