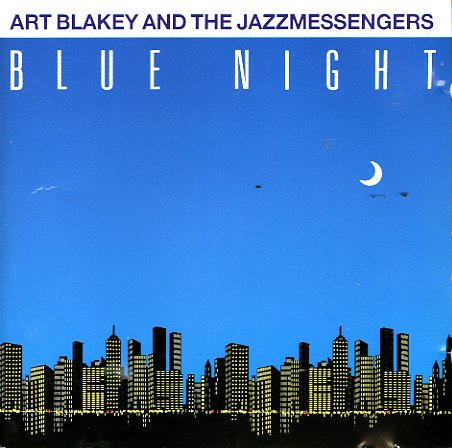 A great Art Blakey lineup here, as usual – filled with fire from younger musicians who are really finding their voice in the Jazz Messengers – a group that includes Terence Blanchard on trumpet, Donald Harrison on alto, Jean Toussaint on tenor, and Mulgrew Miller on piano! Miller's work is a great match for Blakey's vibe – a bit like that time when Cedar Walton brought both lyricism and swing to the Messengers – and we love Toussaint at this point in his career, as he plays with this raspy tone that always gets us, and holds onto us long after his solos are done! Blanchard and Harrison are as great as you'd expect – and titles include "Blue Night", "Two Of A Kind", "Blue Minor", and "Mr Combinated".  © 1996-2023, Dusty Groove, Inc.
(Out of print and still sealed.)