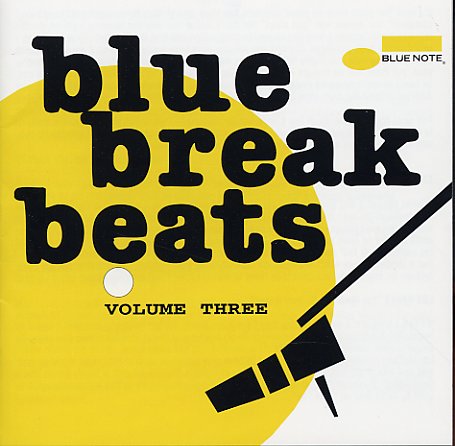 A really wonderful collection of grooves that first came to light in the 90s – one that had the Blue Note label digging back in their catalog and completely re-thinking their approach to reissues – given the new popularity of jazz in the hip hop sample world! As you'd guess from the title, the music here is very strongly oriented in the mode of "breaks", or tracks that were sampled for later hip hop and club recordings – classic jazz tunes from the glory days of Blue Note that have gone onto live again, thanks to the keen ears and inventive work of more contemporary DJs and producers. After all these years, The Blue Breakbeats series still stands as one of the best illustrations of the funkier side of the label – and titles on this third volume "Howling for Judy" by Jeremy Steig, "Mystic Brew" by Ronnie Foster, "Get Out Of My Live Woman" by Joe Williams, "Soul" by Jackie McLean, "Put On Train" by Gene Harris & The Three Sounds, "Light My Fire" by Shirley Bassey, "Ode To Billie Joe" by Lou Donaldson, "You've Made Me So Very Happy" by Lou Rawls, "Walk Tall" by Cannonball Adderley, "Sho-Nuff Mellow" by Reuben Wilson, "Don't Call Me N*gger Whitey" by Gene Harris, "Blacks & Blues" by Bobbi Humprhey, "Dominoes" by Donald Byrd, "Ground Hog" by Duke Pearson, "Goin Down South" by Bobby Hutcherson, "Down Here On The Ground" by Grant Green, "It's Your Thing" by Lou Donaldson, and "Flat Backin" by Blue Mitchell.  © 1996-2022, Dusty Groove, Inc.
(Out of print.)