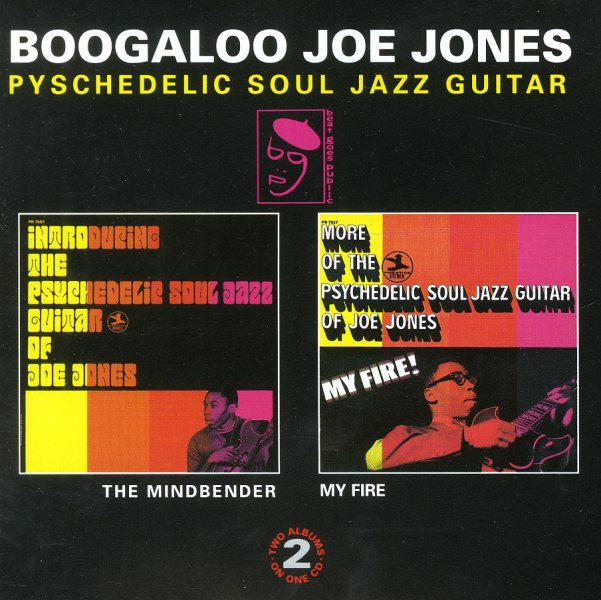 A pair of soul jazz guitar gems from the legendary Boogaloo Joe Jones – back to back on a single CD! First up is the first-ever album from one of our favorite jazz guitarists ever – the mighty Ivan Boogaloo Joe Jones – the man who helped funky guitar find a whole new place in jazz with his albums for Prestige Records! This set's the first in that legendary run – and has Joe working in a style that's maybe a big straighter than in later years – but still more than wild enough to earn the "psychedelic" tag in the title! The record begins with some quartet tracks that really have Joe taking off – in a group with Ron Carter on bass, Ben Dixon on drums, and Richard Landrum on congas – then the set moves into some Hammond-based material with Limerick Knowles on organ, plus Alexander Witherspoon on electric bass and Bud Kelly on drums – obscure players overall, but who bring a nice edge to the record. Most of the cuts are covers, but the sound's nice and groovy, and Boogaloo Joe, as usual, is a great soloist – on titles that include "There Is A Mountain", "The Mindbender", "Games", "Sticks & Stones", and "Right Now". On My Fire, Ivan Boogaloo Joe Jones steps forward strongly on his second set for Prestige Records – working with a nicely unified combo that includes the great Harold Mabern on piano, plus a bit of electric piano too – alongside tight rhythms from Peck Morrison on bass, Bill English on drums, and Richard Landrum on conga – all in a mode that's a mix of 60s soul jazz, and some of the wilder styles that Jones would pick up even more in a few records. A few tracks are nice and long, which allows for good solo space – and titles include "Light My Fire", "Time After Time", "Ivan the Terrible", "Take All", and "For Big Hal".  © 1996-2022, Dusty Groove, Inc.