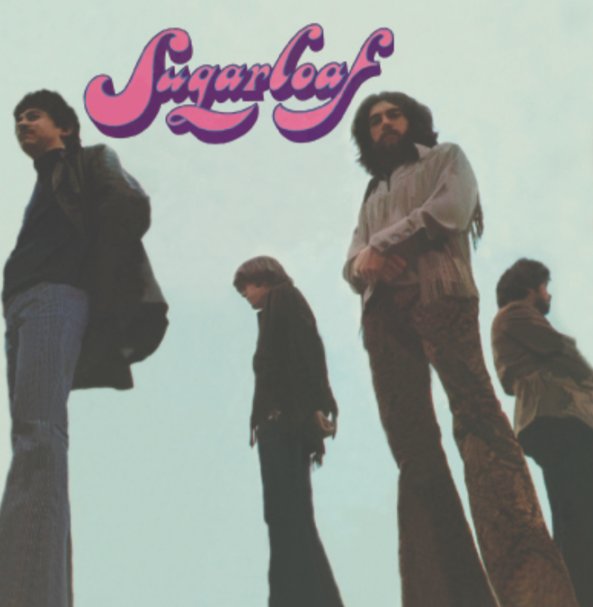 Also available
Sugarloaf — Sugarloaf (Japanese paper sleeve edition) ... CD 18.99
A fantastic debut from Sugarloaf – a group who managed to use the Hammond organ in ways that were just as strong as the guitar in most other groups! The approach here seems to draw a lot from all the best changes taking place in soulful jazz – as Jerry Corbetta manages his keyboards with this lean quality that's wonderful, and balanced with the bass, drums, and guitar in this perfect way – almost funky at many moments, and still pretty damn sharp even if not! You'll probably know that quality from the group's classic hit "Green Eyed Lady" – but it really shines through on the whole album, on titles that include "Bach Doors Man", "Chest Fever", "Things Gonna Change Soon", and "Train Kept A Rollin".  © 1996-2022, Dusty Groove, Inc.
(Cover has some surface wear and aging.)

Spaceship Earth
Liberty, 1970. Very Good+ Gatefold
LP...$13.99 (CD...$18.99)
The searing second album from Sugarloaf – a set that has Jerry Corbetta wailing even more heavily on the organ than before, and the group working with the kind of razor-sharp intensity that made them such a big act at the time! Corbetta also handles most of the lead vocals, but the group ... LP, Vinyl record album

Hooker 'N Heat
Liberty, 1970. Very Good+ 2LP Gatefold
LP...$24.99
If you ever doubted the blues chops of Canned Heat, take a listen to this album – as the group are joined by the great John Lee Hooker, who they let stand strongly in the spotlight and almost make the album his own! Previous sets by Canned Heat were already pretty darn great – a huge ... LP, Vinyl record album

Hallelujah
Liberty, 1969. Near Mint- Gatefold
LP...$13.99 16.99
A late 60s classic from Canned Heat – a record that captures the group during that moment when their unique blend of styles was really on fire! There's a grittier, almost noisier vibe going on here at times – fuzz turned up a bit more than before, and maybe a bit more attitude – ... LP, Vinyl record album

Canned Heat
Liberty, 1967. Very Good+
LP...$33.99
A seminal blending of blues roots with some of the new energy taking place on the Bay Area scene in the 60s – that great "old is new" approach that worked wonderfully for a few key groups – especially those like Canned Heat, who were committed to bringing plenty of their own ... LP, Vinyl record album

Boogie With Canned Heat (Japanese pressing)
Liberty (Japan), 1968. Very Good+
LP...$24.99 43.99
The record that really broke Canned Heat out of the pack – still plenty bluesy, but with the trippier touches you might guess from the cover's psychedelic image – a perfect summation of that unique placement the group had on the late 60s Cali scene! The record's the one that gave the ... LP, Vinyl record album