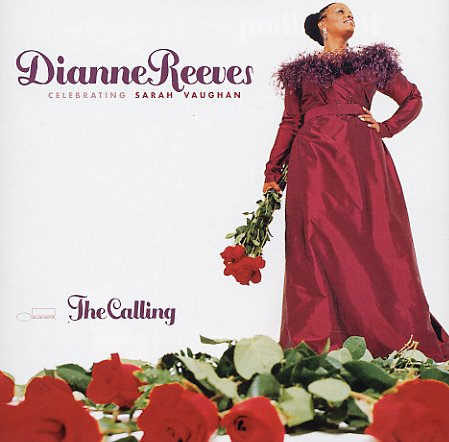 The lovely Dianne Reeves pays tribute to jazz legend Sarah Vaughn, in a set that's one of her straightest jazz outings to date! The album features arrangements by Billy Childs, who plays on the album, along with Mulgrew Miller, Clark Terry, Reginald Veal, and Steve Wilson. Tracks include the sweet original "I Remember Sarah", plus "A Chamada", "Key Largo", "Lullaby Of Birdland", "Speak Low", "Obsession", and "Fascinating Rhythm".  © 1996-2022, Dusty Groove, Inc.
(Out of print.)