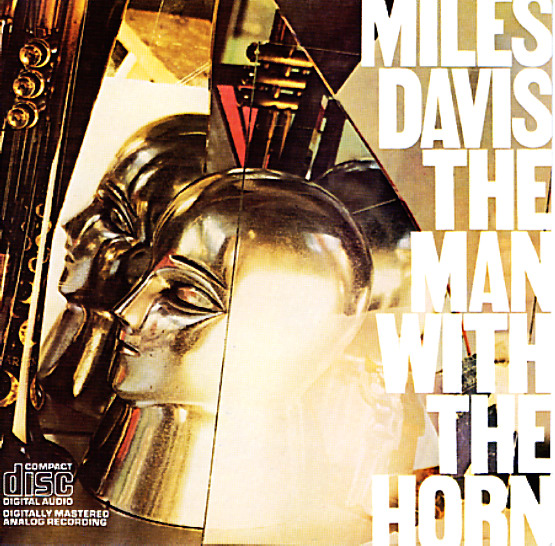 A nice little later album from Miles Davis – one that still has some sharp edges and interesting moments that refine the earlier electric sound of the 70s! Teo Macero's still producing here, and he gives the record a focus that really brings the best sound out of the tunes – and although there's not as much noise, funk, or raw energy as before, there's still a shimmeringly modern style that's quite different from most other electric jazz of the time – proof that Davis was still an innovator even in these years! Other instrumentation includes electric piano, guitar, and soprano sax – and titles include "Fat Time", "Aida", "The Man With The Horn", "Ursula", and "Back Seat Betty".  © 1996-2021, Dusty Groove, Inc.
(Small cutout hole through case.)