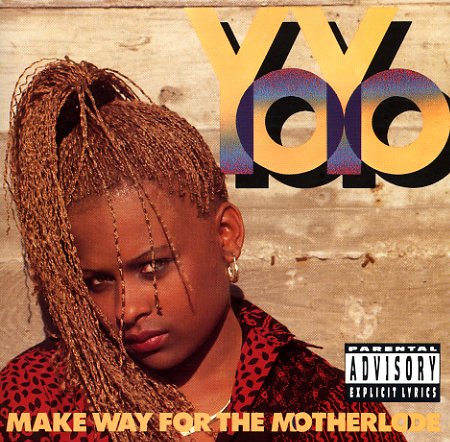 Make Way For The Motherlode

Yo Yo's first LP with "Stompin' To Tha 90's", "You Can't Play With My Yo Yo" (featuring Ice Cube), and "IBWC National Anthem". The production credits say "Produced by Ice Cube and Sir Jinx... with the funky hip hop punch by Delvon, Tha Funkee Homosapien."  © 1996-2021, Dusty Groove, Inc.
(Out of print, initials in marker on booklet cover.)