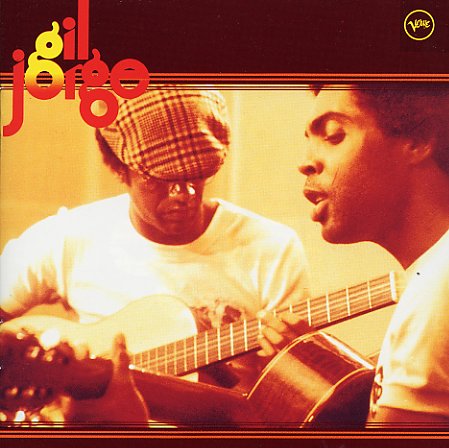 A legendary meeting of two giant talents in Brazilian music – and a set that's maybe one of the best albums of the decade by both artists involved! The album has a raw, acoustic vibe – the kind of sound you'd expect from the cover photo of Jorge Ben and Gilberto Gil playing guitars together – and the style is maybe more in Ben's mode of the time, but with the acoustic qualities that Gil used on his album in 1971 – blended together perfectly, on long tracks that really have the spontaneous feel of both artists jamming together in the studio. Every minute of the double length set is great – and titles include a very long take on Ben's famous "Taj Mahal" track – done in a sparer studio setting than the original, with a haunting groove, and great vocals by both singers – plus the titles "Sarro", "Quem Mandou", "Nega", and "Meu Glorioso Sao Cristvao".  © 1996-2022, Dusty Groove, Inc.
(Out of print.)

Samba '68 (Japanese pressing)
Verve (Japan), 1968. Used
CD...$14.99 (CD...$8.99)
One of the grooviest Verve albums of all time – a rare American session from Brazilian legend Marcos Valle – and his only US album to feature vocals! The album's even dreamier than Valle's early bossa sides from Brazil – and the setting has some nice Verve-like touches from ... CD