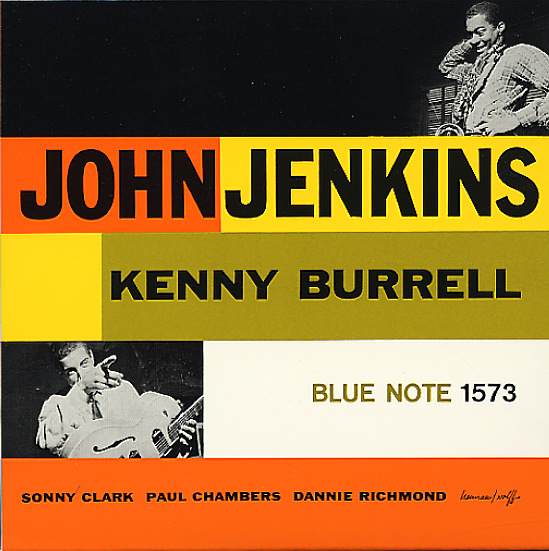 The great John Jenkins was one of the lesser-known sax stars to come out of the Chicago scene of the late 50s – but he was also one of the best! Jenkins played alto impeccably – with boppish agility, and a deep sense of soul that worked great on this one and only Blue Note session as a leader. The group features Kenny Burrell playing some of his best work on record – and the rhythm section features Sonny Clark on piano, Paul Chambers on bass, and Dannie Richmond on drums – playing in a rare non-Mingus appearance! Tracks include "Motif", "Sharon", "Blues For Two", and "Chalumeau" – and the session is a wonderful bit of lost Blue Note – great sharp edges from Jenkins' alto, and some warmer, rounder tones from Burrell on guitar. CD also features 2 bonus alternate takes.  © 1996-2022, Dusty Groove, Inc.
(Out of print Connoisseur pressing.)