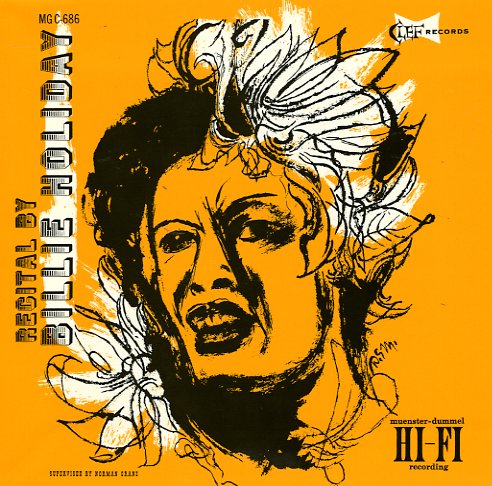 Not really a recital in the "live" sense, in that the album's a studio session – but a great batch of classic Verve sides by Billie Holiday! The care and quality of the record definitely demonstrate that the Verve years are some of Holiday's best – and for the session, Norman Granz has backed up Billie with a great batch of musicians – including Charlie Shavers on trumpet, Flip Philips on tenor, Barney Kessel on guitar, and Oscar Peterson on piano. Tracks include "Remember", "Yesterdays", "He's Funny That Way", "Stormy Weather", "My Man", and "Lover Come Back To Me" – and the cover has a portrait of Billie by David Stone Martin!  © 1996-2021, Dusty Groove, Inc.
(MGM pressing. Back cover has some light wear, but front looks great.)