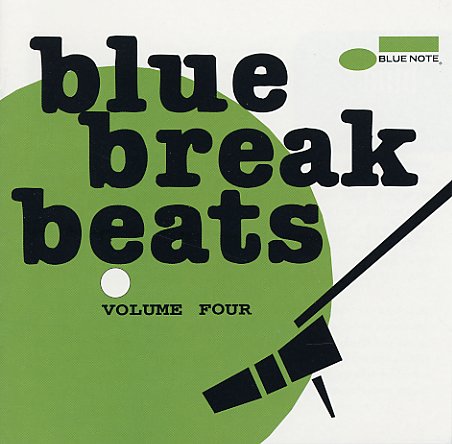 Just when you thought they'd put all they could into this series – this latest 4th volume comes along and knocks all the other ones out on their booties! This set's got a huge amount of great sample cuts, including loads of non-Blue Note material, like "Three is The Magic Number" by Bob Dorough, "Holy Thursday" by David Axelrod, "Boomp Boomp Chomp" by The Sons, "Shack Up (pts 1 & 2)" by Banbarra, "Sitting Duck" by Gene Harris, "Woman Of The Ghetto (live version)" by Marlena Shaw, and "This Is Soul" by Paul Nero (ok, so a few of those were Blue Notes, but there's a lot more cool stuff on here that isn't!) Looks like the folks at EMI got sick of being beat to the punch by all the Dusty Fingers and Strictly Breaks comps, so they went ahead and did one like that themselves!  © 1996-2022, Dusty Groove, Inc.
(Out of print.)