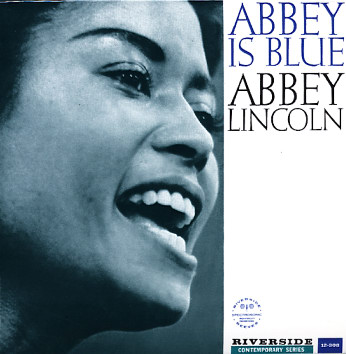 Key early work by Abbey – no so much the "blue" album you'd guess from the title, but a session that's filled with the kind of anger and emotion that makes us love her so much when she's this good! The group here is very hip – an ensemble brought to the date by her then-partner Max Roach – with Max on drums, Tommy Turrentine on trumpet, Stanley Turrentine on tenor, and Julian Preister on trombone – all working with Abbey in a mode that's quite similar to her best appearances on Roach records from the same stretch! Titles include her amazing early version of "Afro Blue", plus "Lonely House", "Come Sunday", "Let Up", and a great version of Oscar Brown, Jr's "Brother Where Are You?"  © 1996-2021, Dusty Groove, Inc.

Hi Fi Nightingale
El (UK), Mid 50s. Used
CD...$14.99
Surprisingly great early work from Caterina Valente – some of her earliest recordings compiled together, all with a great little sense of zing and swing that we didn't remember! The tracks here are a real range of material – some novelty tracks, some jazz standards, and a number of the ... CD