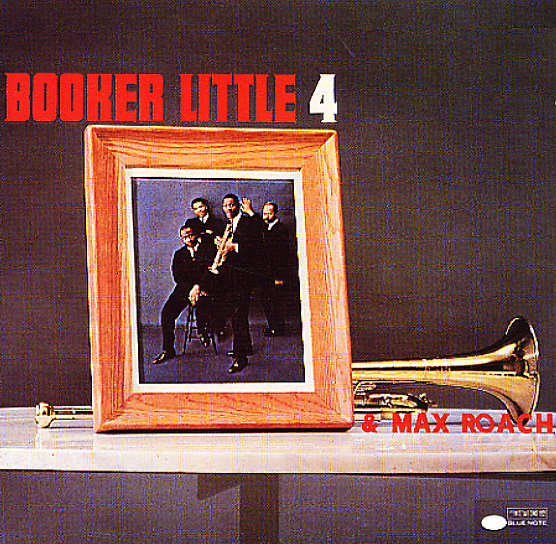 Also available
Booker Little — Booker Little 4 & Max Roach ... CD 13.99
The legendary trumpeter Booker Little – paired here with drummer Max Roach, who was frequently Book's leader at the time! The set's got a sharp-edged and modern mix of hardbop and fresh ideas – very similar to the best Roach albums of the time – and with a similar sort of group – given that in addition to Little's trumpet, the set also features George Coleman on tenor, Tommy Flanagan on piano, and Art Davis on bass! All arrangements were done by Little – making the album a real showcase of that bold vision in jazz that was taken from us all too soon – and titles include "Milestones", "Rounder's Mood", "Dungeon Waltz", and "Jewel's Tempo".  © 1996-2022, Dusty Groove, Inc.
(First 1991 CD pressing.)