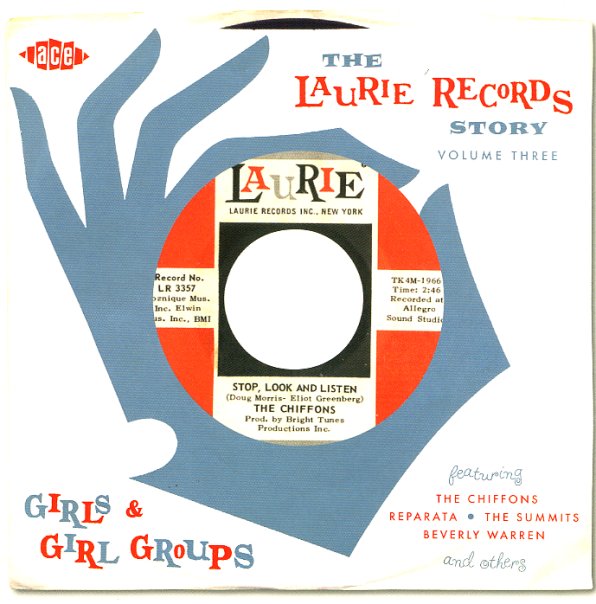 Great girl group grooves from Laurie Records – one of the powerhouses of the genre during the 60s! The set brings together some of the best that Laurie had to offer at the time – not just hits, but some great lesser-known gems that really make the package stand out from other girl group sets on the market – a wonderful collection of both rock and soul cuts that show there's still plenty left to discover if you know where to dig! Tracks are pulled not just from the main Laurie label, but also from other imprints too – including the Rust, Providence, and Harmon labels – and as usual, Ace has done a bang-up job with the notes and images – helping us learn plenty about the music while our ears are enjoying the sounds. Titles include "Hanky Panky" by The Summits, "Shy Guy" by The Charmers, "You're The Love Of My Life" by Brenda Lee Jones, "Stop Look & Listen" by The Chiffons, "He's Mine" by Linda & The Lindettes, "Your Big Mistake" by The Del-Rons, "I Still Love You" by Les Girls, "He's My Dream Boy" by Marie Antoinette, "How Can I Be Sure" by Gloria Dennis, "Circus Girl" by Bernadette Carroll, "Whenever A Teenager Cries" by The Jeans, "Nothing Went Right" by Lorrie Darnell, and "Your Life Is Gone" by Reparata.  © 1996-2022, Dusty Groove, Inc.