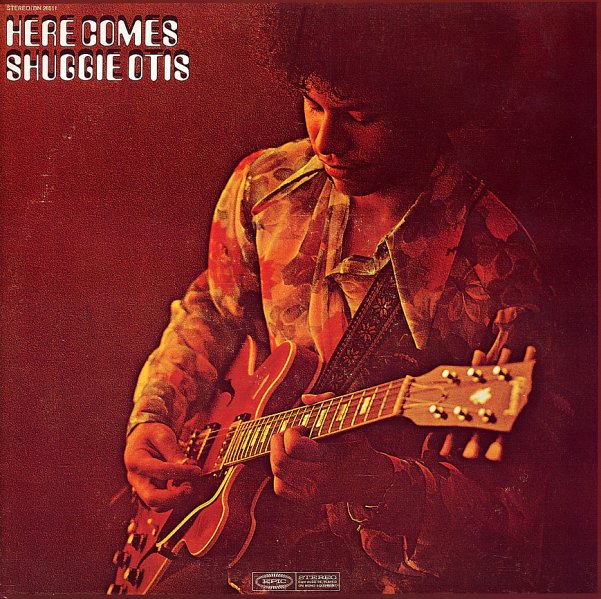 A classic album of bluesy funk – one that features the guitar of Johnny Otis' young son Shuggie, in a slightly tighter setting than he'd been getting on some of Johnny's own LPs! Shuggie here is still very much under the guidance of his dad – working in a mode that really emphasizes the fuzzier side of his guitar, in a style that was clearly an attempt to hook Shuggie up with the Hendrix audience. Not that that's a problem, though – as the record also features some stone funky playing too, as well as organ work by Leon Haywood, sax by Preston Love, and some other great studio work by members of The Crusaders! Tracks include "Hurricane", "Shuggie's Boogie", "Bootie Cooler", "Funky Thithee" and "The Hawks".  © 1996-2022, Dusty Groove, Inc.

Harlem Underground
Winley, 1976. New Copy (reissue)
LP...$9.99
A legendary album – and for good reason too – a set that's as mysterious as it is funky, and a record that's stayed at the top of our crates for years! The album features a really unusual collective of musicians, pulled together under the guidance of producer Paul Winley – a ... LP, Vinyl record album

Roots
Curtom, 1971. New Copy Gatefold (reissue)
LP...$18.99 (CD...$7.99, LP...$22.99)
One of our favorite Curtis Mayfield albums ever – a massive early 70s effort that's filled with wonderful songs all the way through, and quite possibly one of the most perfect realization of the righteous vibe of the early 70s Curtom years! Curtis is in fine form throughout – as a ... LP, Vinyl record album