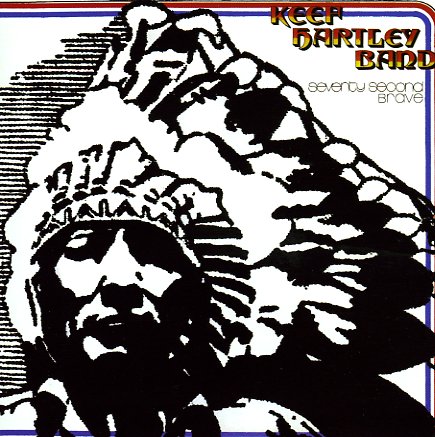 Keef Hartley always keeps things cool, and this album's no exception to that rule – a wicked set of jazz rock numbers with a hard undercurrent of funk! Hartley's drums are great, and really kick most tunes into gear – putting more punch into the tunes than on other albums of this nature, and creating a few nice break moments along the way. Other instrumentation includes tenor, alto, flute, organ, and some very sharp guitar – and although the vocals are a bit bluesy, the rhythms are all pretty groovy! Titles include "Don't You be Long", "Nicturns", "What It Is", "You Say You're Together Now", "Heartbreakin Woman", and "Marin County".  © 1996-2021, Dusty Groove, Inc.
(Sealed original US pressing! Cover has a cut corner.)