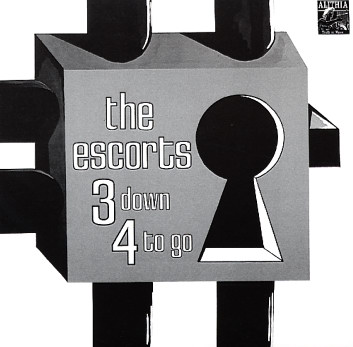 A great album of sweet soul – and one recorded by a bunch of prisoners at the Rahway Correctional Facility! This was the group's second album, and by this point, three of the members had left prison – hence the "3 Down, 4 To Go" title – but that change in status doesn't stop the group from being as great as they are on their debut – and as before, George Kerr produced the set, and gives the whole thing a sweet New Jersey harmony soul sound – one to rival the best groups of the All Platinum/Stang era! Tracks include "Disrespect Can Wreck", "Corruption", "Brother", "We've Gone Too Far To End It Now", "La La Means I Love You", "The Shoo Nough", and "Let's Make Love (At Home Sometimes)". (Makes you wonder where else they're making love!)  © 1996-2021, Dusty Groove, Inc.
(Original pressing, a nice copy!)

Thankful
Capitol, 1977. Very Good+
LP...$6.99
Great earlier stuff from Natalie Cole – actually her third great album in a row – a tremendous early creative and commerical winning streak for Natalie! Thankful has her sweet, soulful voice out from of prodcution by Chuck Jackson and Marvin Yancy of the Independents, and they give her ... LP, Vinyl record album