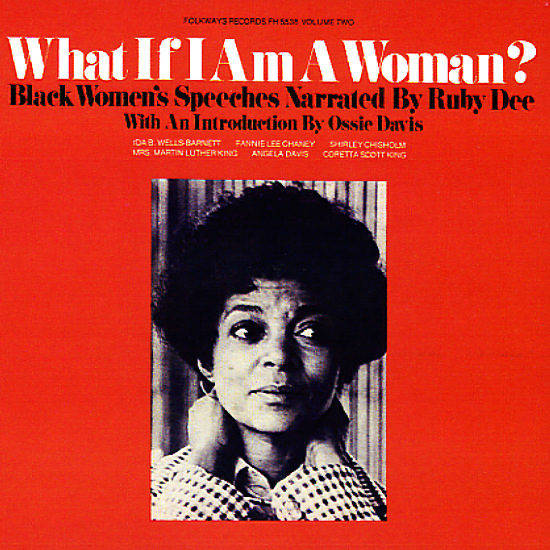 A pretty cool collection produced by Ossie Davis and Ruby Dee – focusing on famous speeches by important female African-Americans – mostly focusing on the civil rights era, but also featuring an early speech by Ida B Wells. Ruby reads the speeches, and works include "I Am A Black Revolutionary Woman (1971)" by Angela Davis, "The Right To A Decent Life & Human Dignity (1971)" by Coretta Scott King, "It Is Time For A Change (1969)" by Shirley Chisolm, and "Lynching, Our National Crime (1901)" by Ida B Wells.  © 1996-2021, Dusty Groove, Inc.
(Special limited CD – pressed up for us by the Smithsonian Folkways label. Comes with original cover artwork, and the CD also features a PDF file with the original liner notes and other materials from the original record release.)

Soul Of Designer Records (4CD box set)
Designer/Big Legal Mess, 1960s. New Copy 4CD
CD...$11.99 39.98
A tremendous legacy in gospel music during the 60s – a crucially important indie from the Memphis scene – and one who recorded really great groups from around the country! Designer were helping shape the sound of modern gospel at the same time as Chess, Savoy, and some of the bigger ... CD