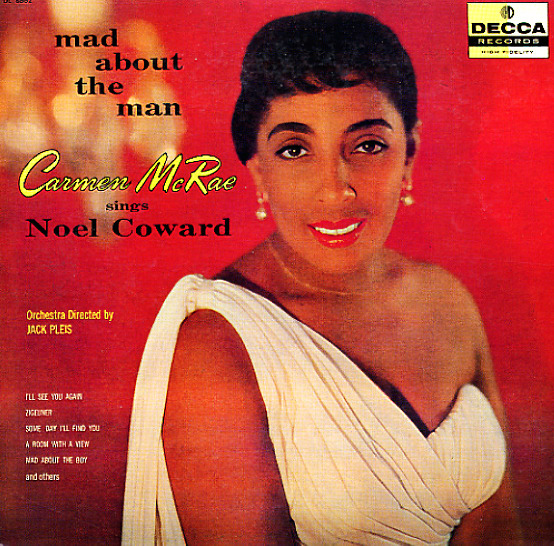 Wonderful early work from Carmen McRae – a set of tunes originally composed by Noel Coward, served up by Carmen with a very hip 50s feel! The orchestrations here are by Jack Pleis, who really gets the mood right for the set – and shakes off some of the floweriness that could sometimes be associated with the tunes – all to clear the way nicely for Carmen's beautifully-poised early vocals. Ray Bryant plays piano on most numbers, and titles include "I'll See You Again", "Never Again", "World Weary", "Mad About The Boy", "Poor Little Rich Girl", and "A Room With A View".  © 1996-2021, Dusty Groove, Inc.
(Black label pressing with deep groove.)