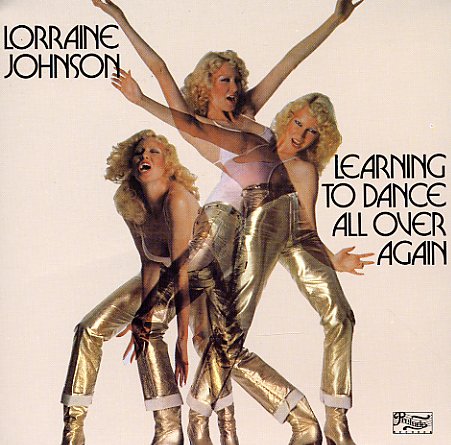 Learning To Dance All Over Again

A great bit of Prelude disco from Lorraine Johnson – a pretty soulful singer, but offered here with an unfortunate cover that has a silly looking white woman "learning to dance all over again" on the cover. (And in fact, it took us so long to get over that cover, that for years, we never knew how great the record was!) The music's got some strong backings from the team of Moses Dillard and Jesse Boyce, who really know how to craft the extended kind of groove that works in that soulful disco kind of mode – and titles include "Feed The Flame", "Who Do You Think You're Fooling", and "I'm Learning To Dance All Over Again".  © 1996-2021, Dusty Groove, Inc.
(Cover has a cut corner.)