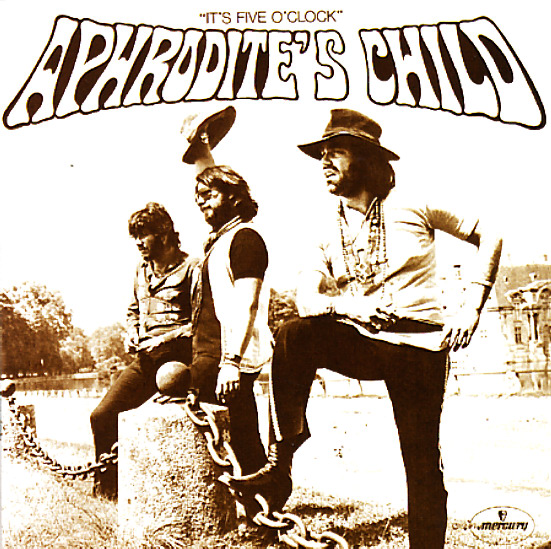 Brilliantly baroque psych from Aphrodite's Child – a stone classic cut while the group was in exile in Paris – heavy on drums, and with soaring keyboards that really work wonders with the vocals! Given that the group features a young Vangelis and Demis Roussos, there's plenty of raw power here – and the energy of the record is quite different than later work by either artist – very bold, and political too – with hardly any signs of their Greek roots, yet a sense of myth and majesty that are undeniable. There's surprising hooks to the tunes at times – and titles include "It's Five O'Clock", "Wake Up", "Annabela. "Let Me Love, Let Me Live", "Funky Mary", "Good Time So Fine", and "Marie Jolie".  © 1996-2020, Dusty Groove, Inc.