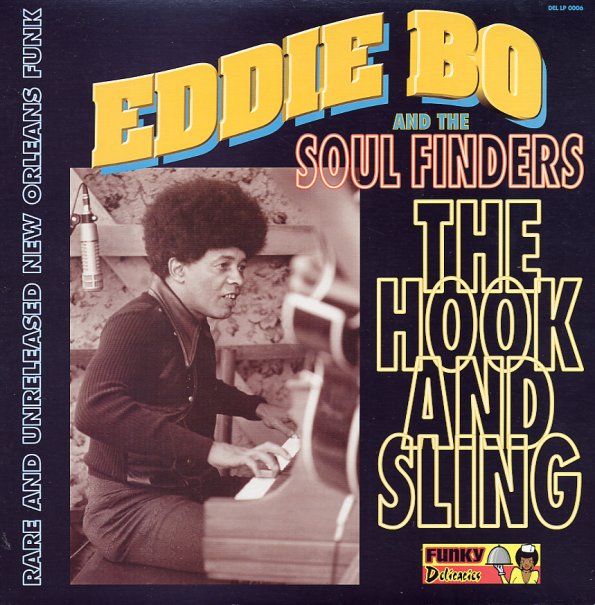 A great collection of funky New Orleans genius from the legendary Eddie Bo – an artist who made music in many different modes over the years in Nola, but who comes across here with a sound that's definitely in the funkiest side of his spectrum! There's lots of cuts on the collection that were only issued as funky 45s – the kind of deeply funky numbers with heavy drums that made Bo such an early favorite for the sampling scene, and which continue to give his work such a sense of urgency over the years! This isn't the slow-rolling, head-nodding side of Crescent City soul, and instead is its much funkier cousin – as you'll hear on tracks that include "Hook & Sling (parts 1 & 2)", "Check Your Bucket (parts 1 & 2)", "Funky Yeah", "The Thang (parts 1 & 2)", "If It's Good To You It's Good For You (parts 1 & 2)", "Sissy Walk", "Eddie's Rubber Band", and "Hey Mama Here Comes the Preacher".  © 1996-2022, Dusty Groove, Inc.