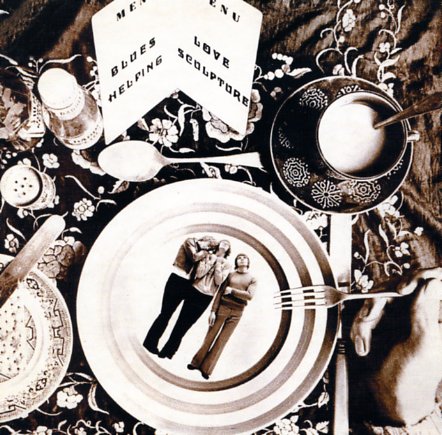 A surprising little gem from the late 60s UK blues rock scene – and one of the first efforts from a young Dave Edmunds! Edmunds is the key member of this trio – singing lead vocals and playing some incredibly smoking guitar that kicks off this blues-heavy set, and needs no apologies whatsoever! Tunes include 2 great instrumentals – Freddy King's "Stumble" and the original "Blues Helping" – both of which have that unmistakable Edmunds sound already firmly in place – plus versions of "I Believe To My Soul", "Come Back Baby", "Don't Answer The Door", "So Unkind" and "On The Road Again". CD also features 4 bonus tracks – "It's A Wonder", "Morning Dew", "River To Another Day", and "Brand New Woman".  © 1996-2021, Dusty Groove, Inc.

Hatfield & The North (with bonus tracks)
Virgin/Esoteric (UK), 1974. New Copy
CD...$14.99 (LP...$24.99)
The seminal debut of Hatfield & The North – a group that maybe came a bit late in the UK prog scene of the early 70s, but who had a huge influence for decades to come! The quartet are a late transformation of the earlier Canterbury sound – leaner, maybe jazzier, and with a great ... CD