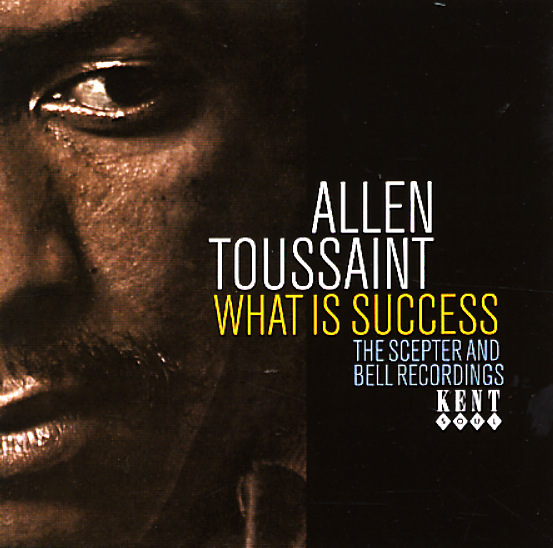 Some of the greatest work ever recorded by Allen Toussaint – his legendary Toussaint album for Scepter (aka Whisper To A Scream) – plus some rare late 60s singles that have never been on CD before! The core album is amazing – Allen Toussaint's first big move as a solo act, and the start of some great fame that would blossom even more strongly in the 70s! This indie effort has a rougher edge than Allen's later albums at Warner Brothers – a sly, wicked slow funk approach that's a real transformation of the older New Orleans groove for a hipper, more contemporary 70s audience. The instrumentation is relatively lean – with lots of nice organ and piano lines alongside slow-stepping and vamping rhythms – and the set was actually recorded in LA, but still has very strong roots in New Orleans! Titles include the classic "From A Whisper To A Scream", plus "Working In A Coal Mine", "Everything I Do Gonna Be Funky", "What Is Success", "Either", "Pickles", and "Louie" – a few of which are hip piano instrumentals! 17 track CD completes the genius of this point in Toussaint's career – by adding in some killer funky singles – including "Get Out Of My Life Woman", "Gotta Travel On", "We The People", "I've Got That Feelin Now", "Tequila", and "Hands Christiananderson".  © 1996-2022, Dusty Groove, Inc.