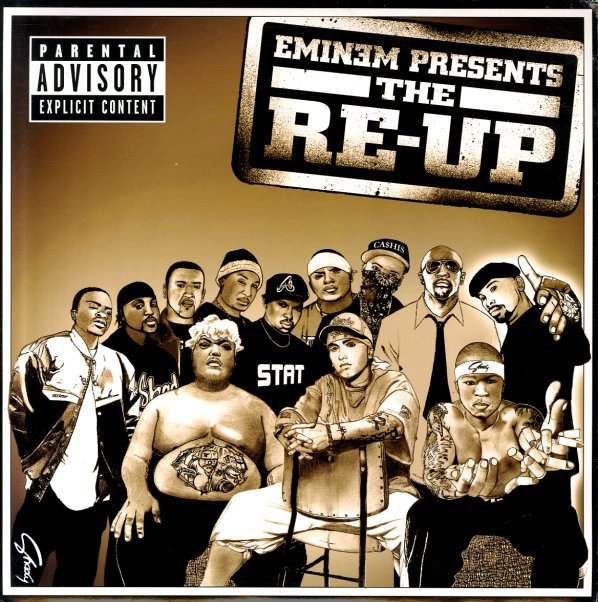 Label compilation from Shady featuring the starting line up of Em, D12, and G-Unit along with label rookies Bobby Creekwater, Cashis, and Stat Quo. 22 tracks in all with skits. Titles include the posse cut "We're Back", "The Re-up" and "Jimmy Crack Corn" with Eminem and 50, "Public Enemy #1" and "No Apologies" by Eminem, and the Eminem remix of 50's "Ski Mask Way".  © 1996-2021, Dusty Groove, Inc.

Top Secret Beats Vol 3
Freeze, 1992. Very Good+
LP...$6.99
Stripped down beat tracks, some of them just drums, some of them drums plus a loop or two. Identified only by their BPMs, no titles, 10 tracks in all. LP, Vinyl record album