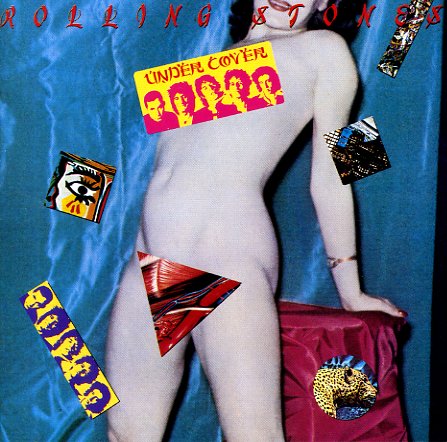 A bit of an odd album, but one that showed the Stones were alive and kicking in the 80s. Taking off from the Stones' take on disco from their previous couple of LPs but keeping a nice rough edge on the proceedings, Jagger and Richards turned in what's probably their last great studio LP. 10 tracks in all, including "Undercover Of The Night", "She Was Hot", "Tie You Up (The Pain Of Love)", "Wanna Hold You", "Feel On Baby", 'Too Much Blood", "Pretty Beat Up", "All The Way Down" and "It Must Be Hell".  © 1996-2022, Dusty Groove, Inc.
(US pressing with 7 stickers with snakeskin triangle. Includes the printed inner sleeve. Stil in the original shrink with hype sticker! Cover has a small spot of heavier wear on the spine.)

Let It Bleed
London, 1969. Very Good-
LP...$19.99 (CD...$4.99)
Hard to go wrong with a Stones classic like this one – a record that really has the group hitting their late 60s stride, and coming across with a depth and power that really goes beyond their earlier releases! There's a sinister quality to the record right from the start – thanks to ... LP, Vinyl record album