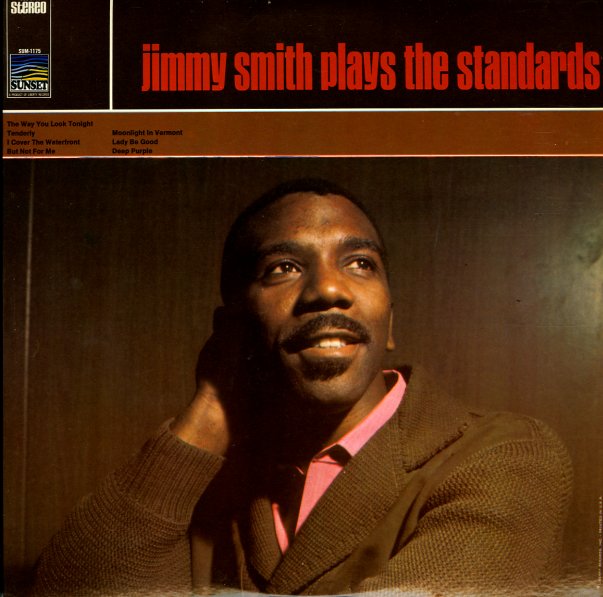 Early Jimmy Smith work for Blue Note – packaged together here as a "standards" collection and issued on Liberty's Sunset label in the late 60s! The collection offers little in the way of session details – clearly an attempt to pass it off as new material – but it does feature some noteworthy liner notes from Babs Gonzales, who contributes some great historical recollections of Jimmy's music, penned in his own unique style! Titles include "Lady Be Good", "The Way You Look Tonight", "Tenderly", "I Cover The Waterfront", and "But Not For Me".  © 1996-2023, Dusty Groove, Inc.
(Cover has ring & surface wear, partial spine split, name in pen.)