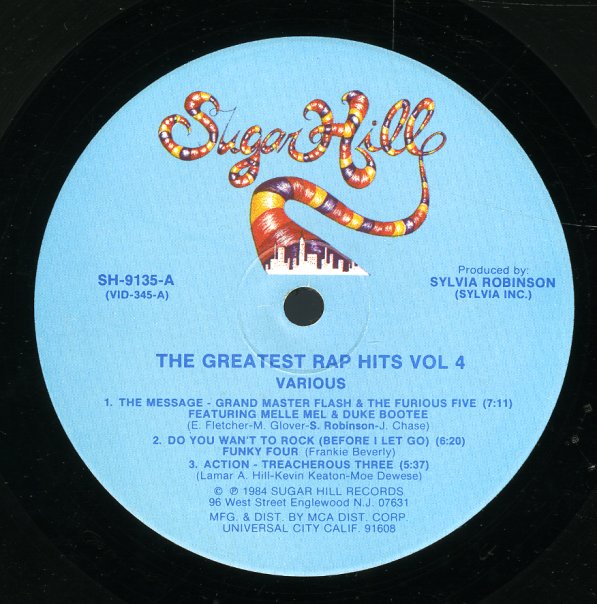 Includes "The Message" and "She's Fresh" by Grandmaster Flash & The Furious Five, "Do You Want To Rock" by Funky Four, "Action" by Treacherous Three, "Rappers Reprise" by Sugar Hill Gang and Sequence, and "On The Radio" by Crash Crew.  © 1996-2022, Dusty Groove, Inc.
(In a Sugarhill sleeve.)

OST
Om Records, 2002. Very Good+ 2LP Gatefold
LP...$24.99
A stone classic from People Under The Stairs – a record that not only stands as some of their strongest work on wax, but which undeniably helped a lot of the west coast find a way forward after too many years stuck in the shadow of thuggish posturing! The set bristles with the kind of ... LP, Vinyl record album

Tell Em Why U Madd
Crazy Cat, 1999. Very Good+ 2LP
LP...$9.99
You may remember Deric "D-Dot" Agelettie (aka the Madd Rapper) from Two Kings In A Cipher, or because he had a hand in producing just about anything that was remotely dope for Bad Boy throughout the 90s, but there are also a few handled on here by a then up-and coming Kanye West, like ... LP, Vinyl record album