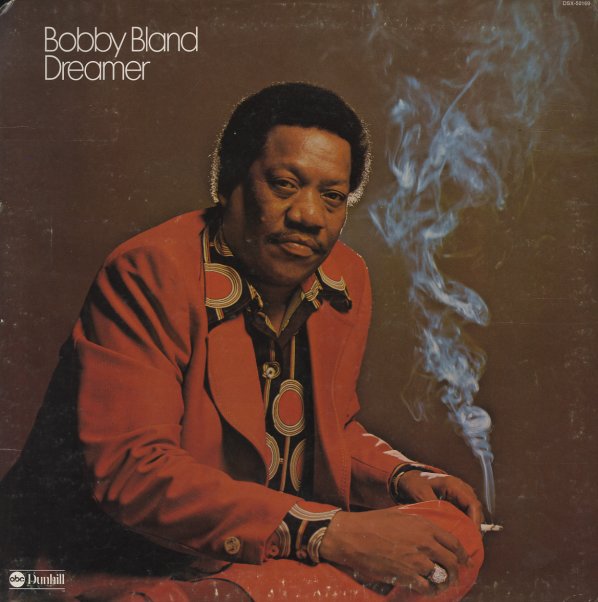 Sure it's not his Duke recordings, and sure, the sound's a bit 70s-ish – but Bobby's voice is always fantastic, and he still sounds great in this smooth batch of tracks recorded in LA. Backings were arranged and conducted by Michael Omartian – but it's Bobby's vocals that really make the set shine. Titles include "Ain't No Love In The Heart Of The City", "The End Of The Road", "I Ain't Gonna Be The Fist To Cry", "Dreamer", "Who's Foolin Who", "Cold Day In Hell", "Lovin On Borrowed Time", and "Yolanda".  © 1996-2022, Dusty Groove, Inc.
(Cover has ring and edge wear and splitting in the bottom seam.)

His California Album
ABC, 1973. Near Mint-
LP...$14.99 19.99
A nice little record from Bobby Blue Bland – quite different from his 60s sides for Duke/Peacock, and recorded in California (as you might guess from the title!) with a smoother more soulful approach that comes off surprisingly well! The style works well for Bobby – and kind of gave ... LP, Vinyl record album