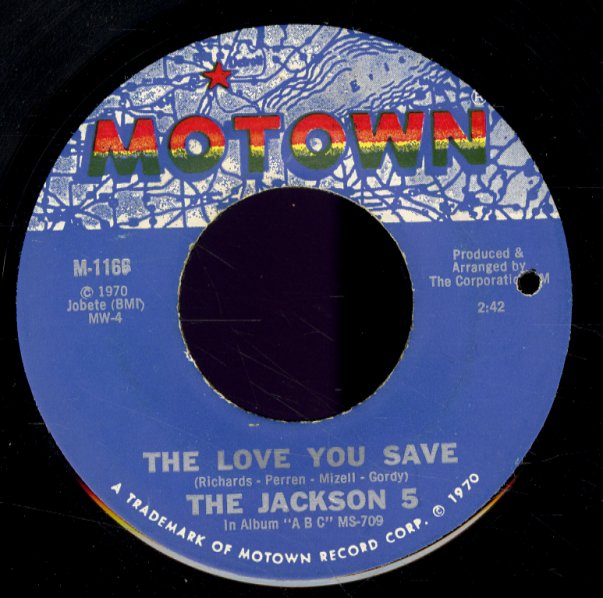 Love You Save/I Found That Girl

ABC/The Young Folks
Motown, Early 70s. Good
7-inch...$7.99
A massive single from the Jackson 5 – one of their best ever! "ABC" is a rollicking soul groover – piano, drums, and the boys all kicking it up with magic that they hardly ever duplicated again! "The Young Folks" is pretty nice too – a loping track with a ... 7-inch, Vinyl record