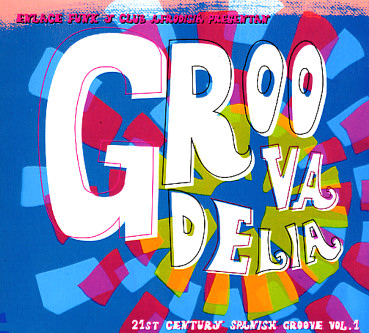 A wealth of grooves from one of the most surprising entries into the global funk scene of the 21st Century! The words "Spain" and "funk" aren't often used in the same sentence, but that's probably about to change – thanks to the efforts of all the artists on this set! As the collection shows, there's a heck of a lot of great little combos bubbling underground these days in Spain – groups who work in a mix of deep funk, soul jazz, and mod-styled rhythms – often with plenty of organ, guitar, or classic funk elements – in a groove that's sometimes instrumental, but which can also feature a fair bit of soul-styled vocals as well! The 2CD set is overflowing with great work – a total of 20 tracks in all that includes "Freedom" by Funxplosion, "I Turned You On" by Phat Fred, "Thriller" by Speak Low, "Royale 2006" by Guateque All Stars, "La Chica Humeda (parts 1 & 2)" by Ortophonk, "Friday Night" by Pybus Groove Quartet, "I Got You Man" by The Sweet Vandals, "Get Up & Dance" by Funkdacion, "Get It & Get On (extended)" by Clan Club, "Tu M'Enerves" by Cinnamon Gum, "Say It Loud" by Celofunk, "Pampi's Groove" by Asstrio, "Soul Drummer" by Los Fulanos, "A New One" by Watch Out, "Change Your Name" by Koniec, and "Think" by The Sir Alligator's Company.  © 1996-2023, Dusty Groove, Inc.