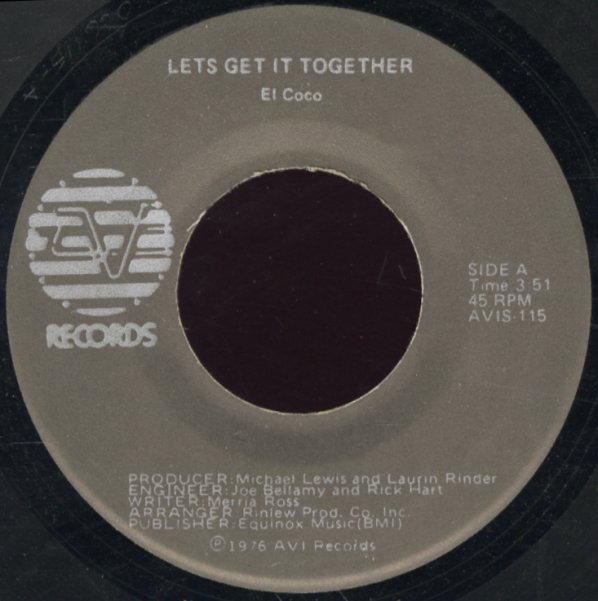 Let's Get It Together/Fait Le Chat

Nice early stuff from El Coco – with more of a funky sound than later work! "Let's Get it Together" is a nice club groover, stretched out to 6 minutes here – with some great keyboards drifting in and out of midtempo beats – almost in a P&P sort of mode, but a bit more classy overall!  © 1996-2021, Dusty Groove, Inc.
(Label has a bit of marker.)