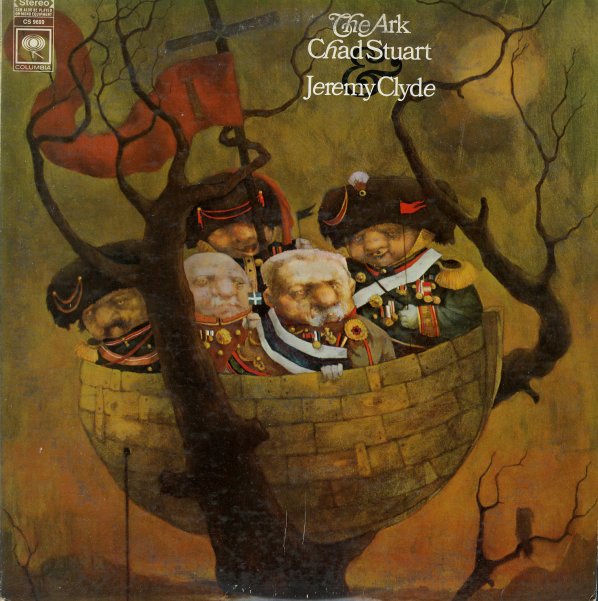 The last Columbia album from the team of Chad Stuart & Jeremy Clyde – and a record that's even more baroquely brilliant than their previous set, Of Cabbages & Kings! Chad & Jeremy have really gone over the top here – reaching into fuller orchestrations and deeper social themes that rival their most complex contemporaries – sitting in a special space somewhere between The Zombies and The Moody Blues, and working at a level that haunts the most heavenly corners of both of those influences! As on Cabbages, Gary Usher produced – and really manages to make Chad's arrangements sound great – using the cellos and woodwinds without any overdone qualities, and really keeping the acoustic guitar high enough in the mix to maintain a sense of sincerity in the tunes. Titles include "The Raven", "Pipe Dream", "Transatlantic Trauma 1966", "Sidewalk Requiem Los Angeles June 5th & 6th", "Paxton Quigley's Had The Curse", "Pantheistic Study For Guitar & Large Bird", "The Emancipation Of Mr X", "The Ark", and "Painted Dayglow Smile". CD also features 3 bonus tracks – "Letter To A London Girl", "Pipe Dream", and "The Song Of The Love Child (Tobey's Song)".  © 1996-2021, Dusty Groove, Inc.
(360 Sound stereo pressing, with stamped 2B/etched 1B matrix.)