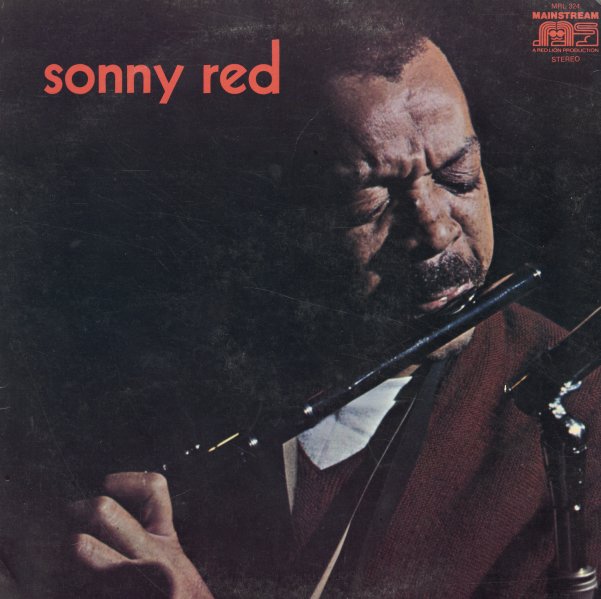 A fantastic album as a leader from Sonny Red – a saxophonist who never got much chance to record under his own name, but always gave us something special when he did! Sonny recorded famously with Donald Byrd and Curtis Fuller in the 60s – but here, he's in an even hipper 70s mode of his own – a bit modal, a bit spiritual – in ways that make the whole album feel like some of the best 70s efforts on the Black Jazz label, with a righteous quality we might never have expected in Red a decade before! Sonny blows tenor, alto, and flute – all of them with a sharp, soulful edge – and he works here in a fantastic quartet that includes Cedar Walton on piano, whose own shadings give the record a lot of depth – plus the great Billy Higgins on drums, and Herbie Lewis on bass. Titles include a great remake of "Mustang", which Red recorded with Donald Byrd – plus "And Then Again", "Love Song", "Tears", and "Rodan".  © 1996-2021, Dusty Groove, Inc.
(Cover has some edge wear and is bent a bit at the bottom left corner.)

Blue Mitchell
Mainstream, Early 70s. Near Mint- Gatefold
LP...$29.99
A key 70s album from Blue Mitchell – and a set that's perfectly balanced between the lyricism of his mid 60s sides for Blue Note, and the electric funk of later years! The tracks are long, and have a really great vibe – plenty of room for Mitchell's sweet trumpet in the lead, with ... LP, Vinyl record album

Lean On Him
Mainstream, 1973. Very Good Gatefold
LP...$13.99 (CD...$19.99)
One of the fullest albums we've ever heard from saxophonist Buddy Terry – a set that has him blowing along with a set of soulful larger backings – sometimes with a bit of gospel overtones as well! The lineup on the album's pretty darn hip – players who include Larry Willis on ... LP, Vinyl record album

Best Of Pharoah Sanders
Impulse, 1972. Very Good+ 2LP
LP...$14.99
Very nice 2 LP set that include some of Pharoah Sanders' best spiritual jazz stuff from the late 60's. Tracks are long, and presented in their full versions – and the cast includes Lonnie Liston Smith, Leon Thomas, Henry Grimes, Woody Shaw, and others. Every cut is great, and titles include ... LP, Vinyl record album

Ahmad Jamal '73
20th Century, 1973. Very Good+
LP...$44.99
Amazing stuff from Ahmad Jamal – one of his greatest albums ever, and the kind of Fender Rhodes classic that got passed over in the history books, but which is finally getting some appreciation these days! Ahamad's in a very different mode than his Cadet/Argo years – using the mellow ... LP, Vinyl record album