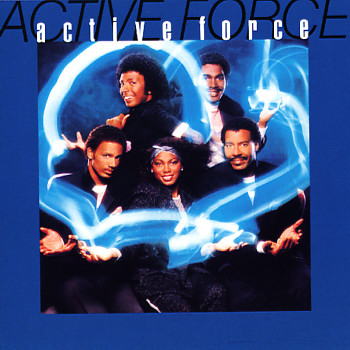 A sweet 80s groover throughout – the only album we've ever seen by this keyboard-heavy quintet, served up in a flurry of catchy catchy tunes! Keys on the set are handled by producer/arranger Michael Stokes – who's very clearly in charge of the voices of the group – giving them real focus on the album's mix of uptempo groovers and a few mellower cuts, sometimes even underscoring things with a groove that's verging on electro! Stokes also handles the keyboards, but Patrice Rushen is on the set on piano – warming things up nicely – and titles include the great midtempo stepper "Give Me Your Love", plus "Bottom Line", "Rise Up", "Keep On Rockin", "My Sunshine", "Coo Coo Kachu", and "I Never Thought I'd Love Again". CD also features a bonus extended mix of "Give Me Your Love".  © 1996-2021, Dusty Groove, Inc.