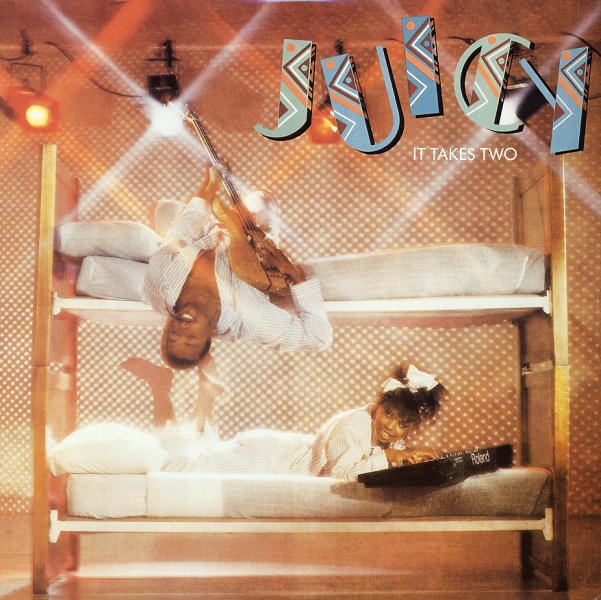 Probably the biggest album ever from the brother/sister team of Katreese and Jerry Barnes – working here as Juicy, in a sweet smooth 80s groove style that's mighty nice! Deodato produced the album, and it's similar to some of the other soul material he was handling in the 80s – slick and sparkling, but with a sweet jazzy touch that keeps things a lot more real than on other soul albums from the time. The Barnes siblings handle all vocals and instruments – and the record has a sweet poppy duet style that's perhaps a bit dated, but also kind of due for a revival. Features the group's great slow jam hit "Sugar Free", with lots of excellent bass pedal jamming – plus "Stay With Me", "Slow Dancing", "It Takes Two", and "Nobody But You".  © 1996-2022, Dusty Groove, Inc.
(Cover has a promo stamp, light wear, and a name in pen on both sides. Labels have a name in pen.)